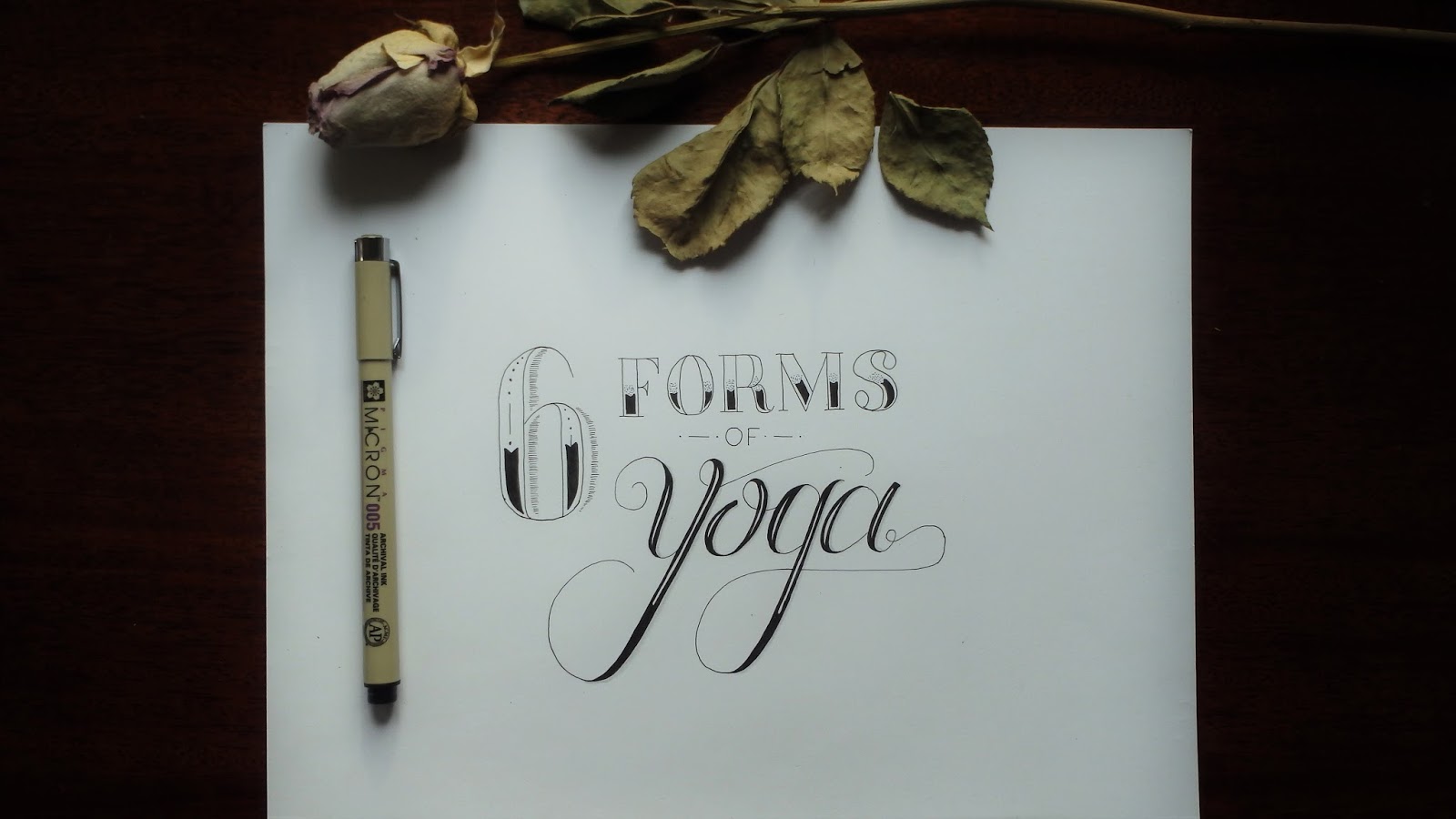 If you’re a regular reader, you’ve noticed that I’ve mentioned yoga and meditation quite a bit, and how both have really helped me in many areas of my life. Specifically, the ongoing practice of both has helped reduce stress and guided me to a level of self-awareness previously unknown to me. Since yoga has taken over as my primary workout regimen, I want to gain a better understanding of all forms of yoga and fully grasp what I’m getting into.

As a Christian, I definitely don’t want to dive into anything that will lead me astray with my walk with God (not that I think that yoga will) and I know certain religious sectors believe that Christians should not partake in yoga in any form. However, I disagree with that notion. In fact, I believe that certain forms of yoga can act as a catalyst to bring someone closer to God, or at least their form/vision of God.  Ultimately it all comes down to understanding and having the willingness to look at someone else’s perspective versus a one track minded view.

So this week, I will talk briefly about the different practices/forms of yoga, what they all mean, and some most commonly heard terms.
As a disclaimer, I am in no way a yoga teacher or guru; simply someone who wants to share a way to find peace and balance in your life as it’s helped me in mine.

The 6 forms of Yoga 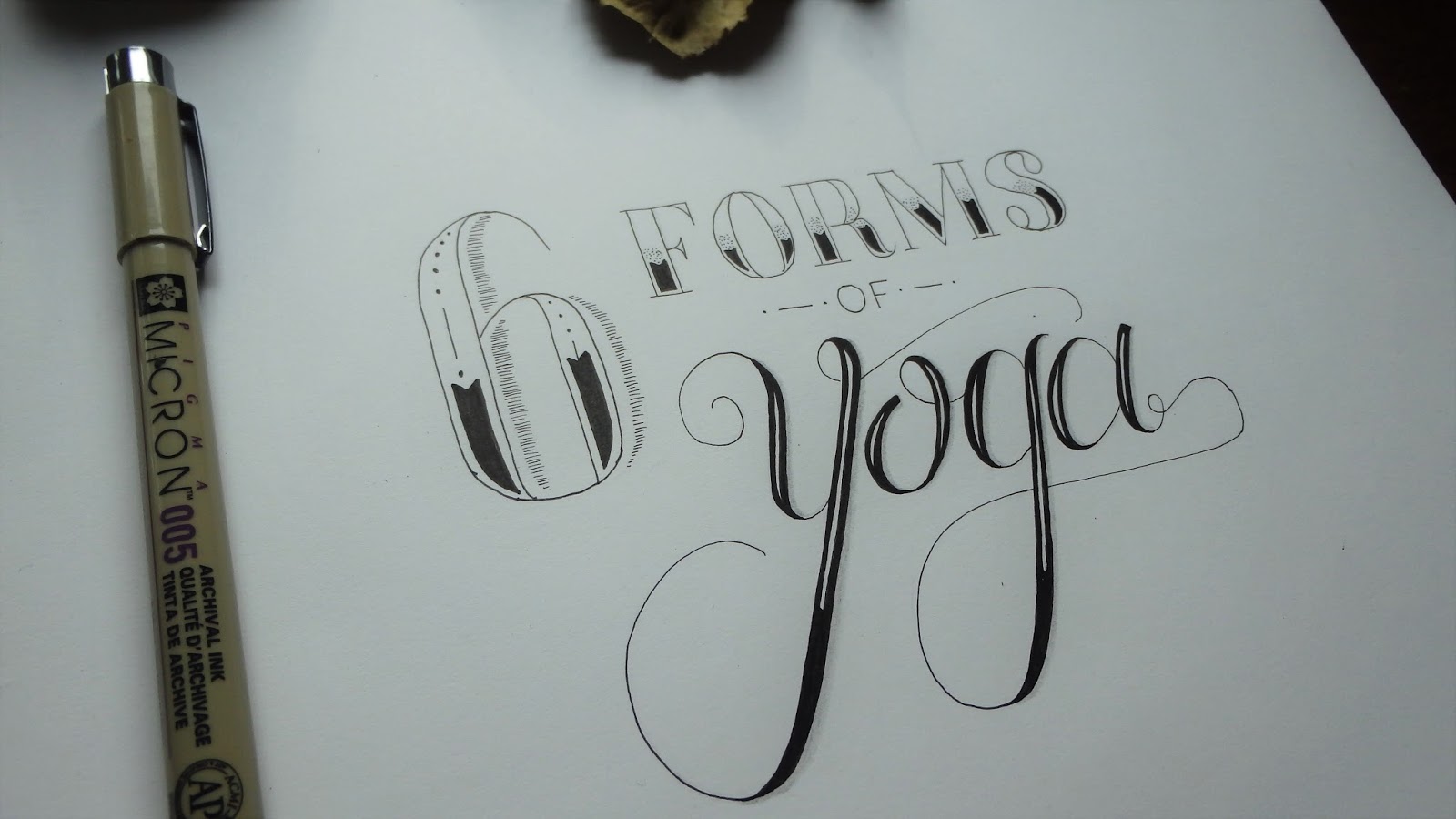 If you’re in search of spiritual guidance or simply looking for a path to self-realization, then Bhakti yoga is for you. The Sanskrit Bhakti comes from the root word bhaj, which means to adore or worship God. It has been referred to as “love for love’s sake” and “finding union through love and devotion.” It is also viewed as a method to gain the purest relationship with your inner self.  The origins of Bhakti yoga comes from the book The Bhagavad Gita written around the 2nd or 3rd century.

Originally, the practice included devotions to Hindu deities such as Shiva, Krishna, Vishnu, or Kali, by offering gifts and offerings through a puja ceremony. Once the idea started to spread, devotional schools started opening in southern India. Common customs of practice include worshipping and chanting mantras to deities, singing devotional songs (which are known as Kirtan), following a guru either dead or alive and writing and reading poetry. The emphasis of this practice is a longing to know God, also referred to as the Beloved. Westerners tend to connect with the idea of the divine, the beloved, the spirit, the self, or the source. Bhakti yogis also have festivals everywhere around the world, like Bhakti fest in California. 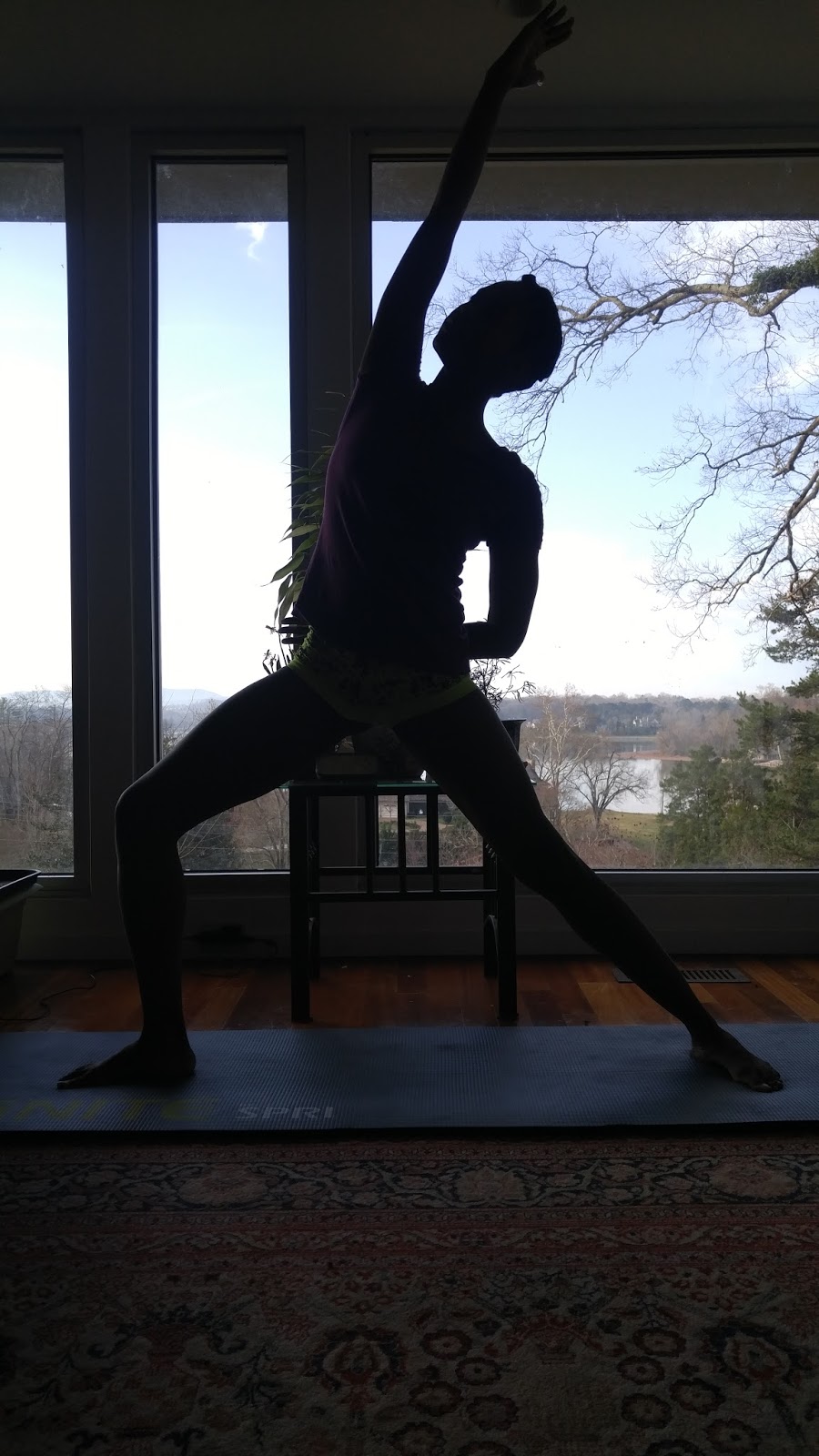 Hatha yoga is the most popular form of yoga in western culture. Sometimes called a dual type of yoga, it includes duality between 2 opposites the sun (ha) and the moon (tha). Hatha can also mean willful or forceful and is viewed as the yoga of balance. When you practice physical yoga postures such as ashtanga, vinyasa, Iyengar, and power yoga classes, these are all forms of hatha yoga. In earlier times, hatha was used to prepare participants for long meditation sessions. Today it is highly recognized as a form of exercise which helps work on body alignment, and relaxation techniques, as well as building strength and flexibility through structured poses and other activities that help with body and mind purification. Common terminologies include asana (posture) or pranayama (energy control).

For the scholarly type of person, there’s also a yoga form for you. Jnana yoga is the study of scripture and text of the yogic tradition. It appeals to those who are more intellectually inclined and probes the discovery of self through the question “who am I?” Jana yoga recognizes man’s intelligence and tries to surpass limitations of the body and mind, by unifying intellect and wisdom.  Along with Bhakti yoga, Jnana is the best approach for becoming aware of the eternal self. It is considered the most difficult and most direct forms of yoga. It’s yoga of the mind, of wisdom, and the path of a scholar. 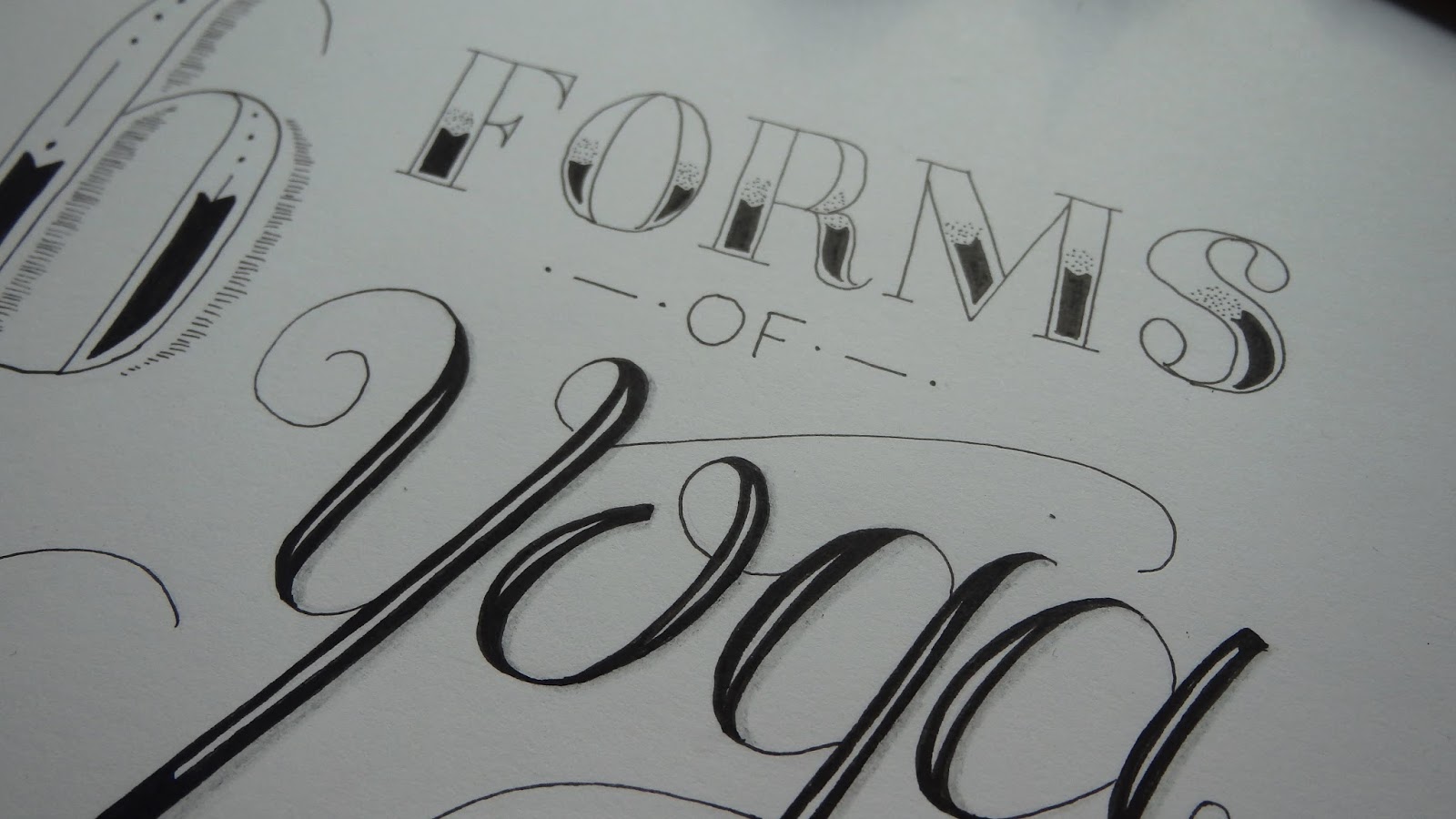 “Do good for others and good things will come to you” that is the philosophy behind Karma Yoga. It is the path of service, or the desire to do service for other. We practice this when we perform work and live our lives in a selfless manner serving others. People who study Karma Yoga believe that the actions of our past influence our experiences today. In the Hindu belief structure, service to others is a path to spiritual fulfillment. We consciously create a future that frees us from being bound by negativity and selfishness when we are concerned with the wellbeing of others. Volunteering, coaching, a selfless act for a friend or stranger, and other acts of service classify as karma yoga. Over time, the act of servicing others becomes naturally engrained in you.

One of the most misperceived and misunderstood of the yoga forms. Tantra yoga has been linked to sorcery or witchcraft and misconceived as exclusively being about sex.  It is the most esoteric of the 6 branches. Based on the worship of Hindu deity Shaki, the divine feminine energy, its main goal is to expand awareness in all states whether awake or asleep while utilizing rituals to experience the divine in everything.  When the masculine and feminine energy is balanced in one’s life, the practice leads to the awakening of kundalini — the divine cosmic energy that brings for self-realization. Tantra yogis must have purity and humility, devotion, courage, cosmic love, non-covetousness and truthfulness about themselves. It also encourages a ritualistic approach to life.

Last but not least, the final yoga form is Raja (Royal) Yoga. If meditation is your primary focus, or you would like to dive deeper into meditation practice, then this is the yoga for you, as meditation is the focal point of the practice. Raja Yoga teaches you how to control your thoughts through meditation, uniting your ego-based self with your higher spiritual self. Raja is known as the eight-limbed path because there are 8 strict requirements to follow which are:

Members of religious orders and spiritual communities devote themselves to this branch of yoga. It teaches deep self-respect through mastering yourself.

Overall whichever yoga path you chose, it all comes down to self-realization. You can practice more than one form at a time. Once you get past the idea of the awkwardness of some of the poses, be one with your breath and let your mind be free; you’ll start to connect with your inner light.
I really enjoyed doing this research about yoga. I can now put a name to the form I practice, which is Hatha, and have gained a better understanding of it all.  If you are interested in learning more about yoga or meditation, I recommend visiting Yoga Journal. It was a very helpful tool during my research process. They have guided meditation practices, yoga videos and of course helpful articles to guide you along the way.  I hope this was as helpful for you as it was for me. Till next time!